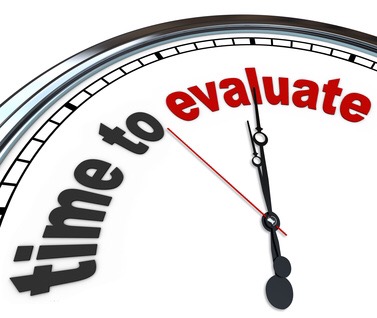 I have always been one who constantly evaluates if I am in the will of God. Am I working at the right place? Am I doing everything I am supposed to do at work, home, and as a pastor? Is there something that needs to change? I’m always seeing areas of improvement. The execution is always the greatest challenge.

I’m sure many of you are like me. You are great at evaluating and seeing deficiencies, but you can get lost in the execution. Maybe you are the opposite. You can execute all day long, but you don’t see the necessary areas of improvement. You just want to dive in and do something if someone gives you the green light.

I see so many correlations with the Christian life. The Holy Spirit reveals the areas of improvement and can empower the execution of the improvement plan. The devil can put up blinders so you think you are perfectly fine, or you may see the deficiencies but are paralyzed when it comes to execution.

Where are you in this today? Can’t see anything wrong with yourself? See something wrong and can’t seem to move forward? Or are you doing well? Keep pushing through. Don’t let the devil stop you from being the best you can be for God’s glory!

Earlier in ministry, I wanted to be like the well-known guys. I wanted large followings, denominational titles, a large salary, and all the accolades that go with it. Now that I’m almost 37, and I don’t care about any of it. I am a divorced and remarried pastor (which does not set well with those from my former denomination). I do not pastor a large church. I don’t have biceps bigger than my head or a 6-pack. I’m a no-frills kind of guy.

As I have gotten older, I have discovered how pretentious many pastors can be. They will be quick to offer to help you then ignore your calls. I have nothing to offer these guys, so I would be so lucky if they were to speak to me in a dark corner at Walmart.

Why is it? I’m obviously no threat to them. They are busy building their own kingdom, and I can’t help them advance it. It’s sad, really. It isn’t sad from my perspective, because I am glad to not be entangled with those who have built denominational monuments unto themselves. I just know that one day when they can no longer help someone else, they will find themselves abandoned also.

I am reminded of when the disciples argued about who was the greatest. They had it all wrong. Approximately 2,000 years later, not much has changed. Now we have social media to advance these leaders in their self-made kingdoms.

To those who feel like you and your work means little to your community or your audience of just a few, you have a Savior who is looking down and saying, “Well done, good and faithful servant!” He isn’t impressed with the guy who climbed the denominational ladder by pretending to care about people. Every one of us will be judged according to our personal works. Walk in humility. The proud will soon come to a fall. When they do, be the one who is loving enough to restore them to a place of humility and more genuine impact. I can guarantee God will bless that.

When I first entered ministry, I was very young. As Evangelist Junior Hill says, “I didn’t know an adverb from a proverb.” I had to be teachable because I had no experience to bring to the table. The older I got, the more I realize I still need to be teachable.

Common sense tells us that older people can teach us things, but what about our peers and those who are younger? I constantly learn from those who are in different vocations, cultures, age brackets, etc. There is a high level of humility in one who is willing to submit to the fact that he or she can learn from anyone.

As you approach life today, stop and take time to learn from everyone around you. You might be surprised at what you will learn.

I could write about so much more, but these issues are so important because the lack of preparation in these issues often leads to more difficulty. You and others will be better off when you and I get things together. Adjust plans as needed, but life is ultimately about laying up treasures for eternity. While you’re at it, prepare others to meet God too. 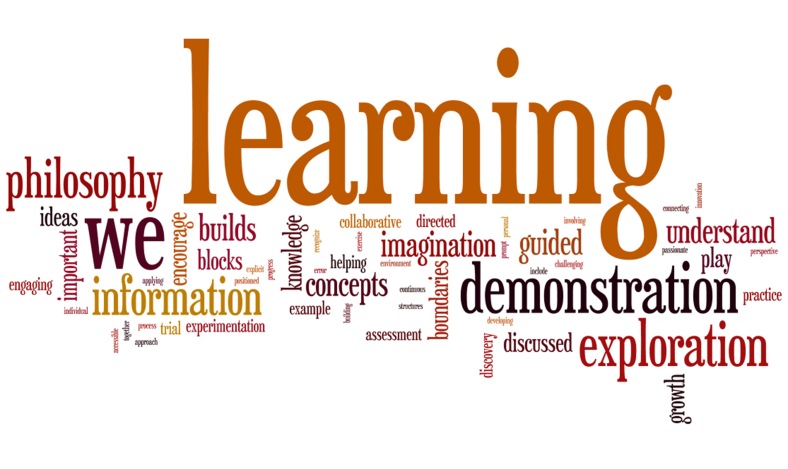 When I was in school, it seemed like I was much more willing to learn things. Then I became a “big boy” and had to learn the tough things you can’t learn in a textbook like money management, handling marital conflict, raising children, etc.

When it comes to spiritual growth, I sometimes want to take the lazy route. Instead of growing in the Lord and the fruit of the Spirit being a byproduct, I would much rather receive it as a pretty package from the Lord (especially patience). Don’t give me the difficulties to produce patience! Just give me the gift so I can enjoy the fruit of it.

The Apostle Paul had to learn something. As he penned the letter to the Philippian believers from a jail cell, he said that he had to learn in whatever situation he was in to be content. He did not say that it was natural or a gift that fell out of Heaven. He had to learn it through the difficulties of life.

We often talk about learning things the hard way. That is truly how we learn most things. We do not develop our spiritual muscles when everything is going great. It is developed when friends betray you, your spouse walks out on you, the checking account is negative, and nothing else seems to be going right. It is then that we develop strength and character when we draw close to the Lord.

So, what character traits do you need today? Whatever they are, you must learn them.

Some of you who read this are finicky and would never eat leftovers. I am not included in that number. I grew up with a grandmother who wasted NOTHING! The artist in her found a creative purpose for EVERYTHING! I picked up on some of that…at least not wasting leftovers. ﻿

What does God think of leftovers? Is He blessed and pleased when you slap something together and say, “Here God! I hope you like this half-hearted sacrifice”? Here is what one verse says, “Then King David said to Ornan, “No, but I will surely buy it for the full price, for I will not take what is yours for the LORD, nor offer burnt offerings with that which costs me nothing.”” (‭‭I Chronicles‬ ‭21:24 NKJV)

Malachi 1 addresses this more in depth. ““A son honors his father, And a servant his master. If then I am the Father, Where is My honor? And if I am a Master, Where is My reverence? Says the LORD of hosts To you priests who despise My name. Yet you say, ‘In what way have we despised Your name?’ “You offer defiled food on My altar, But say, ‘In what way have we defiled You?’ By saying, ‘The table of the LORD is contemptible.’ And when you offer the blind as a sacrifice, Is it not evil? And when you offer the lame and sick, Is it not evil? Offer it then to your governor! Would he be pleased with you? Would he accept you favorably?” Says the LORD of hosts. “But now entreat God’s favor, That He may be gracious to us. While this is being done by your hands, Will He accept you favorably?” Says the LORD of hosts. “Who is there even among you who would shut the doors, So that you would not kindle fire on My altar in vain? I have no pleasure in you,” Says the LORD of hosts, “Nor will I accept an offering from your hands. For from the rising of the sun, even to its going down, My name shall be great among the Gentiles; In every place incense shall be offered to My name, And a pure offering; For My name shall be great among the nations,” Says the LORD of hosts. “But you profane it, In that you say, ‘The table of the LORD is defiled; And its fruit, its food, is contemptible.’ You also say, ‘Oh, what a weariness!’ And you sneer at it,” Says the LORD of hosts. “And you bring the stolen, the lame, and the sick; Thus you bring an offering! Should I accept this from your hand?” Says the LORD. “But cursed be the deceiver Who has in his flock a male, And takes a vow, But sacrifices to the Lord what is blemished— For I am a great King,” Says the LORD of hosts, “And My name is to be feared among the nations.” (‭‭Malachi‬ ‭1:6-14‬ ‭NKJV‬‬)

These people were bringing God unacceptable sacrifices, and God was not pleased. He does not want your junk; He wants your best! Leftovers might be great for me, but God demands and deserves a higher standard. If you have been giving God your junk, today is the day to change it all and begin giving Him your best.

I have always been a task-oriented person, especially if I am interested in the task. I like my brain to be constantly at work. It is a real struggle to slow down and pull away from things like blogging, sermon/church preparation, etc. I, like many other men, want tangible success. Are there any men who read this blog who would be transparent enough to tell how you learned to balance life? As a hospice chaplain, pastor, husband, and father to a multitude, I want to achieve that balance. Alright men…1, 2, 3, GO! 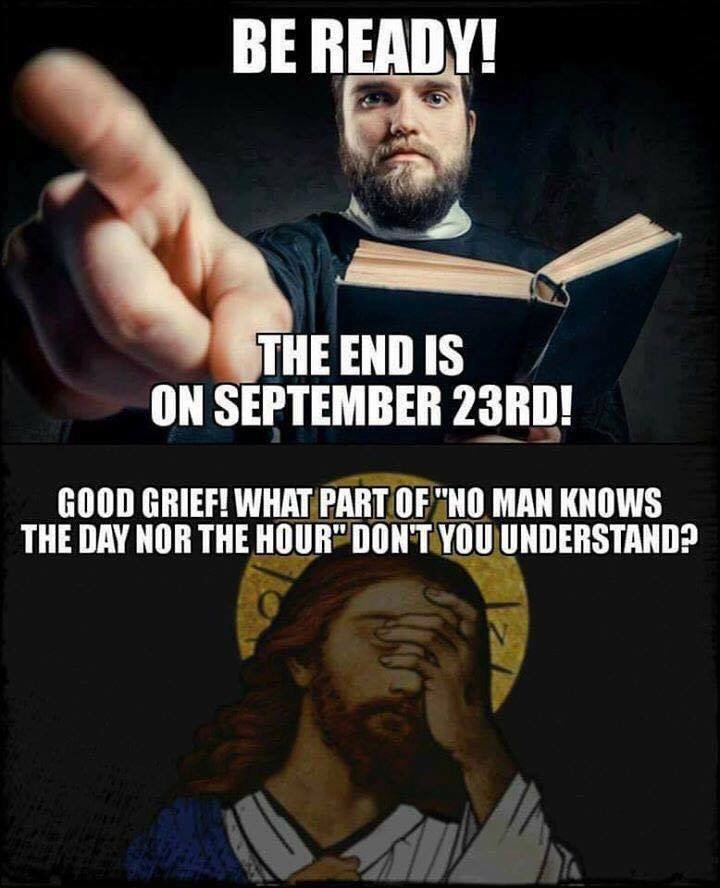 The skit above is meant to be funny, but so many people hate a particular race or type of person. I’m not just talking dislike. They literally hate.

Here is what God has to say about hate: “Whoever hates his brother is a murderer, and you know that no murderer has eternal life abiding in him” (‭‭I John‬ ‭3:15‬ ‭NKJV‬‬). That is strong! How can the love of God and hatred exist in the same heart? I know that some of us struggle with this. If you can hate someone or several people and not think twice about it, God (not Matthew) says that you do not have eternal life in you. You might say, “But I prayed ‘the prayer'”. Does saying the Pledge of Allegiance make you American? Obedience to God’s Word is the proof in the pudding.

If you are struggling with hate in your heart toward someone, give it to the Lord. Lay it at His feet. Ask Him to fill your heart full of His love. Start praying for that person. Eventually, you will come to the point where you have gained victory over that hate. Are you ready to know the freedom of being hate-free?