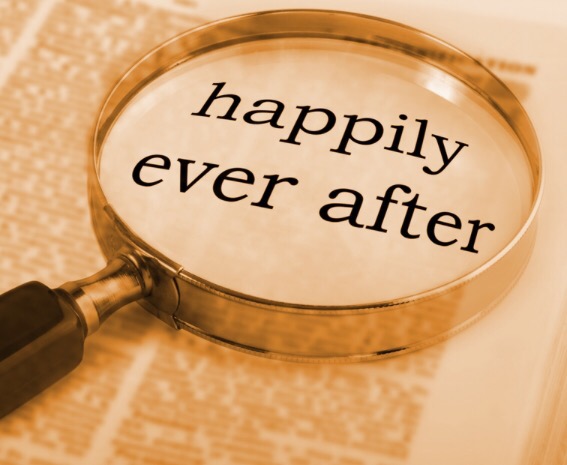 You and I must admit we all love happy endings. The couple falls in love and lives happily ever after with no arguments or disagreements. The 1980s sitcoms would have a conflict that would be beautifully resolved by the end of the show. This is real life, right? WRONG!

Please understand up front that I am not saying life is full of doom and gloom. That would be another extreme. Unfortunately, people have bought into this lie that they deserve nothing but happiness and they should never have problems. If you’ve lived long enough, you know that as long as people exist that problems exist – the drama queen/king at work, the bill collector, the ex spouse, etc. Life will present its problems.

The biggest lie of the day is that if you become a Christian that you won’t have problems. High dollar preachers sell that lie to countless people and rob them of their money. Then their whole world is shaken when the preacher with the million dollar home didn’t deliver on his promise that Christians would have the same success he has.

Jesus was a realist (and still is because He is alive). He said in the gospel of John that we would have tribulation (difficulties) in this world. He followed that by saying, “Be of good cheer, for I have overcome the world.” He didn’t promise a world without problems, but He promised to see you through it. There’s a difference.

I have heard countless people refer to Christianity as a crutch. Your paycheck is a crutch for that matter. You depend on that, don’t you? It lifts you out of debt and trouble with bill collectors. Jesus isn’t my crutch; He is my Rock. He has been the one steadfast person in my life when I wondered if anyone was there. While I had problems, He provided help. He answered prayer. The list goes on.

I haven’t had a fairy tale ending. I went through a divorce that cost more than I realized. About 200 miles are between me and my children. I resigned the pastorate, wondering what would be next. I have debt, but God still meets my needs. He has given me a great wife now and a job with coworkers I love dearly.

Don’t go chasing fairy tales (or waterfalls😀). Spend time with the Lord who promises to help you through your problems, not take them away. With a proper perspective, you will live a life with less disappointment and more reality. You and I must be prepared so we know what to do when difficulties come. Psalm 121:1 says, “I will lift up mine eyes to the hills from whence cometh my help.” Look up!